Anecdotally the overconsumption of alcohol makes social relationships less rewarding, but a two-year, $400,000 grant from the National Institute on Alcohol Abuse and Alcoholism, or NIAAA, will allow University of Florida College of Pharmacy researchers to put data behind the claim. 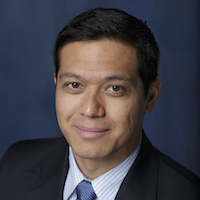 Eric Krause, Ph.D., and Joanna Peris, Ph.D., associate professors in the department of pharmacodynamics, submitted a proposal to the NIAAA, which accepted their study and assigned it an impact score of 10 — the highest possible ranking.

Oxytocin, a natural, endogenous peptide known as the “love” hormone, plays many roles in human relationships, including social bonding, sexual reproduction in both men and women, as well as childbirth in women. It’s the cause of that warm feeling between mother and baby, and it’s administered to induce labor.

Although we tend to think of alcohol as increasing our social interactions, irresponsible consumption may actually interfere with the natural effects of oxytocin. Ultimately, this may make future relationships less rewarding as alcohol takes the place of firing those neurons, satisfying the reward pathway.

Krause and Peris’s study could be a game changer; the NIAAA classified it as R21: high risk and high reward. The two professors have extensive experience studying oxytocin and alcohol. Their oxytocin research won a Pharmacy Recurring Opportunity Seed Program for Education and Research program, or PROSPER, award from the UF College of Pharmacy, and was nominated in the college as one of the best basic science papers in 2017.

Krause and Peris aim to build on previous research findings, including from other institutions. Some questions the two UF professors hope to answer in this and future studies are:

-How do oxytocin and alcohol affect the sexes differently?

-How is oxytocin release different between binge drinkers and responsible drinkers?

-Can a drug be developed, which can reintroduce normal oxytocin function in former alcoholics?