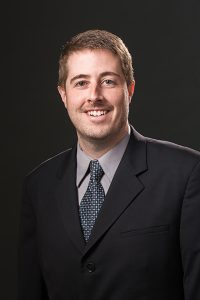 Congratulations to UF CARE Executive Committee member Dr. Robert Leeman, Associate Professor, Department of Health Education & Behavior: The University of Florida Board of Trustees awarded him with tenure at their June 2019 meeting.  Dr. Leeman was recruited to UF from Yale School of Medicine, where he previously spent a decade as a postdoctoral fellow and faculty member.  Earlier this year he was awarded the inaugural Mary F. Lane Endowed Professorship (more information here).

Dr. Leeman’s research focuses on the use of technology as an intervention against substance abuse as well as prevention of substance misuse and risky sexual practices among young adults.  He is co-principal investigator of a T32 training grant from the National Institute on Alcohol Abuse & Alcoholism (NIAAA) focusing on reduced impact of alcohol on HIV infection (more about the training program here).  Dr. Leeman has received numerous other honors and awards, including the Health Education and Behavior Educator of the Year, the Health Education and Behavior Research Excellence Award, and the American Psychological Association (APA) Society of Addiction Psychology Presidential Citation for Distinguished Service.