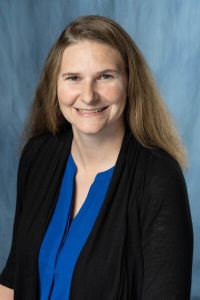 In recognition of Dr. Levitt’s research on the mechanisms of opioid-induced respiratory depression in the Kölliker-Fuse nucleus as well as her outstanding record of opioid receptor scholarship and strong commitment to mentoring and service.

Dr. Levitt’s laboratory uses electrophysiology and in vivo measurements of breathing to understand the neurophysiology underlying the control of breathing, especially in opioid-induced respiratory depression, which is the cause of death from opioid overdose. Her lab has discovered that respiratory controlling neurons in the pons are particularly important in opioid overdose and is currently investigating circuit-based mechanisms.

The award will be presented by the Division for Neuropharmacology at the ASPET Annual Meeting at EB 2022 in Philadelphia on April 4, 2022 and Dr. Levitt will deliver a lecture on her research titled Brainstem Circuits Involved in Opioid-induced Respiratory Depression.